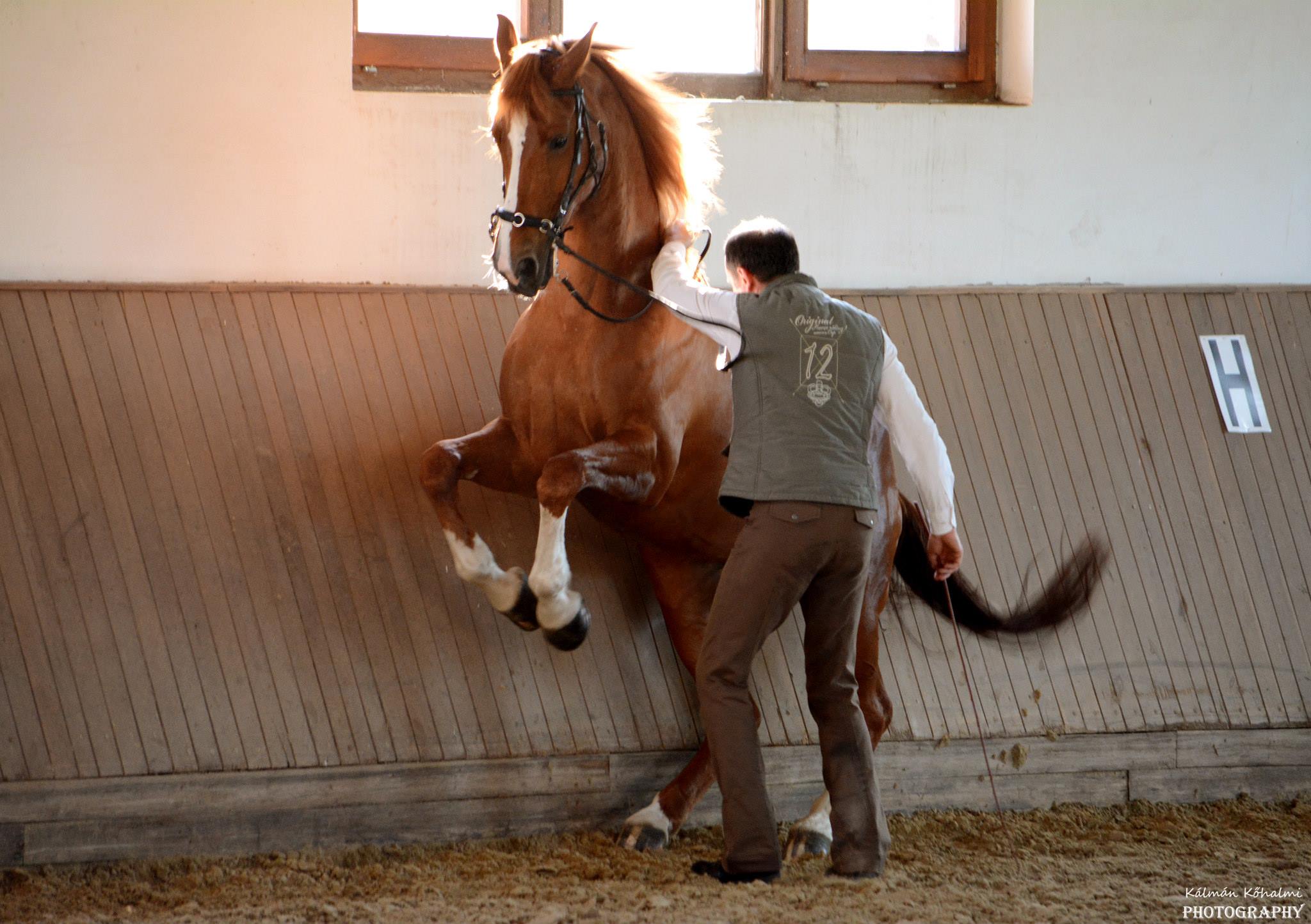 It’s a well-known saying: “It’s not our ancestors we need to follow but what our ancestors followed.” This also applies to the training of horse and rider, since both have changed in the last hundred years. Thus, although contributing to or taking away from our ancestors’ knowledge is not possible or needed, their ideas and training methods should be adjusted to today’s circumstances. If any professional of the last centuries was to resurrect, he would be rather surprised seeing how horses, the circumstances of horse training, and even people, have changed.

The horse has changed

Horse breeding has always adapted to and satisfied the customer’s needs. But these needs have been changing from century to century and have been transforming alongside with the developments of the military, since they have mostly been militarily until the 20th century. In the 19th century, for example, horse breeding became dual-natured: on one hand, there was a demand in regard of speed and running performance of the military’s riding horses, de-emphasizing quadratic forms, and on the other, the rapid development of road networks resulted in similar changes in transportation, forming the, so called, “jukker” horses in carriage driving.

At the beginning of the 20th century, later with the progression of mechanization, the economical and militarily use of horses stopped, but, fortunately, sport and the use of horses in sport started to gain popularity. Fortunately, because sport is the only reason horses have not disappeared from Europe. But it establishes other expectations than the military did: for example, it tends to accept generous compromises in regard of the horse’s neurological stability or structural solidity, if they come with outstanding performance. There’s no use reading about the positive effects of riding young horses outside if it can only be started with the utmost caution, because the horse’s unstable nervous system, that doesn’t leave room for taking in the environmental stimuli and makes the horse incapable of hacking. With horses of this nature, instead of the frequently mentioned benefits of riding outside, the effect can be quite the opposite, setting the training back and even endangering the physical integrity of rider and horse if the rider loses influence over his steed, which – in this case – is not a rarely occurring event.

The circumstances of horse training have changed

They have, and the differences from day one, or even from the day mares are covered, are traceable. In result, three and four year olds – both physically and socially – are distinctly underdeveloped in comparison with the horses our ancestors put under saddle. There’s not remotely enough room for the healthy development of horses growing up at the back of our gardens, and sometimes – since they are isolated from others – it can influence their social behavior, although it’s rare to see youngsters handled with professional care on a daily basis even when they are kept in herds. This way, with the company of other horses, their social skills do develop, but with the lack of structural, professional handling their physical development cannot be considered optimal. In fact, despite their recognition as domestic animals, youngsters become unmanageable without proper work, and establishing our position as leaders can drag on for a long time when their training – eventually – begins.

Besides all, it became general that horse training is executed individually, although the common knowledge that it has always been done in groups. Taking the first steps is much easier in groups since horses feel safer among other horses, and the presence of older, more experienced horses speeds up the learning process by providing an example, making it easier for youngsters to understand and accept structure and the expectations of the trainer. This both applies to indoor and outdoor work. Getting youngsters used to work and taking the first steps is especially hard for them after being taken out of the herd, and it usually takes place in a new place, surrounded by a new environment. It’s not a coincidence that army regulations order young horses to be trained in groups, with the help of older, experienced lead horses. Nowadays this method is almost unimaginable, therefore we need to change up and slow down the training process to avoid physical and mental issues in the horse during this period.

Tradition says that three men are needed for lunging when training first begins, which later transitions to two horses and two people (with the method of one lead horse–one young one). Riding on a lunge with only two people is merely a compromise, and doing it alone (which is the way it usually happens) takes much more patience and time than what our ancestors thought ideal, at least when it’s executed with professionalism and care. Implementing the orders of the army regulations today is not realizable. We can say that the world has sped up or changed but the creator has forgotten to inform the horse about it.

Along with horses and the circumstances of training, people have changed too. We alienated ourselves from nature, therefore gaining knowledge about it and mastering communication between horse and human has to be the first step in quality horse training. Old books on the topic say nothing about this because information of this kind was natural to everyone. But modern people have to be taught the laws of nature and the interpretation of the horse’s behavior: whether it’s uncertainty, fear, aggression, happiness, etc. We also need to learn how to act, think, and behave around our horses. We’ve drifted so far from nature that we fail to notice the lack of knowledge in these fields and are keen to blame the horse when problems occur.

Alienation from nature does not only bring a kind of blindness but also an intense impatience. While working with horses we need to learn that the order of nature roots in peaceful firmness.

There are other aspects of how people have changed as well: the purpose is not individual happiness anymore but impressing others, which turns looking for harmony into superficiality and formalism. Modern people are satisfied if the exterior seems to be in place. But this is something the creator forgot to mention to the horse, too. For horses, harmony lies in the details, and is a black and white question: it’s either present or not. And, let’s admit, half-harmony only exists in the dimension of self-deception, not in nature.

But the biggest struggle of training riders and horses is that we do not have highly trained school horses. We do have horses who are educated to execute certain exercises, sometimes even to perform higher class ones – or, to be precise, what looks like them – but horses that are able to teach the rider the “equestrian feeling” is a Scotch mist. Today’s most excellent horses can only teach the rider how to train certain exercises, not horse training (which is a lot more than those certain exercises). And so, in quality horse training the rider has to build up his well-educated horse himself, but it (the education of rider and horse combined) is a long and complicated process. This can might be avoided by buying a horse that’s already trained, or searching until we find a horse of such outstanding qualities that it doesn’t require detailed training because of its already existing talent. But in the end the rider will be the losing party, who, without the experience will be unable to pass on his knowledge in his profession or train horses, despite his spectacular results.